Bela today at the park.. tube free. I tucked her shirt in to keep sand out of it. You can tell there's no bump, just a perfect, smooth little belly. :) 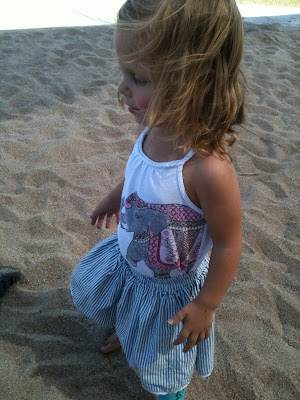 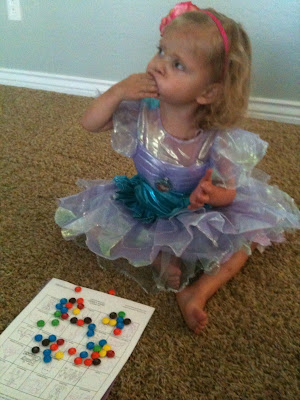 View my complete profile
To read Bela's story from the start, go to the very bottom of the blog. This is the place I share my daughters journey. She was born on leap day, Febraury 29th, and was diagnosed with Hypoplastic Left Heart Syndrome and Turner Syndrome. She had her first open heart surgery at one week old, the Glen/Norwood procedure at 6 months old, and the Fontan in March, 2012. She is our miracle and literal gift from God. 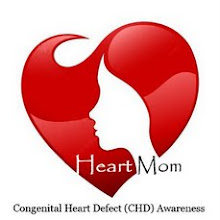 Twas the night that you joined us...all eyes were on earth.
Awaiting with joy for a most special birth.
The angel's stood ready...for each need and care,
But all of them knew... that the Lord would be there,
And I labored on... and daddy was scared,
We waited...and wondered... and hoped we'd prepared.
We knew you were special...but so very sick,
Yet hope had grown in me... with every kick.
And soon it was time...into this world you came,
I heard a soft cry... then I called out your name....
And God held your hands...while the angels stood by,
Since I could not hold you...they hushed your soft cries.
One small angel looked to the father and smiled,
"Can you truly teach hope... through such a small child"?
"An infant so helpless...a baby so new...
"Oh please tell me Lord...is this what you will do"?
God looked from the angel...to the baby's sweet face,
"Through her my young charge... they will learn about grace".
"I penned this child's journey...quite a long time ago,
"And through her great courage...such true love will grow".
"Every hair on her head has been numbered you see.."
"It's my hope that through her... they will learn to see me.
"Oh my little one with a special heart..." "Great love will see you through.."
"See look that is your family..""They've been waiting for you.."
"I send you to their waiting arms...for a time we'll be apart.."
"But I'll always be with you...for I live within your heart.
And so we held you in our arms...And thanked our Lord above..
In you...we see the miracle,of His undying love.
So when it's Christmas morning, And I watch my children play,
I'll need no great reminders, For I see my gifts each day.

When I was 18 weeks pregnant I was ecstatic to find out that I was having a little girl. We would call her Bela. Just two hours later my OB called to tell me they suspected a problem with her heart, most likely a VSD. After researching that, although I was terrified I knew she had great chances of living a very normal life. So I was sent to get a level3 ultrasound to get a clearer picture. After an extremeley long ultrasound, 4 doctors came in to deliver the news that it was not a hole in her heart, but rather a severly underdepeloped heart. It was called hypoplastic left heart syndrome and she literally had half a heart, the weaker half. It was the most complex and severe heart defect an infant could have. They then told us that her femer bones were measuring 2-3 weeks behind and that she most likely had a chromosome issue as well. They told us that things did not look good for our baby and her chances of living were slim to none. They spoke of abortion. We were going to lose her. It was devastating news and I felt like someone had ripped my heart out. As I struggled to get my body to stop shaking, they performed an amniocentesis. 3 days later we found out she had Classic Turner Syndrome. The first reactions from doctors were not positive. 99% of babies diagnosed with Turner syndrome in the womb spontaneously aborted by 24 weeks. No one we met with had ever heard of a survivor with these two conditions together and could offer very little hope or support. We met with a NICU doctor who suggested abortion. Finally we met with the heart team at St. Joe's. Dr. John Nigro, her surgeon, told me that my baby would be fine. Those were his exact words, I will ALWAYS remember them. It was my first glimpse of hope. I continued to see them regularly as well as my high risk obgyn, and little Bela was not going anywhere..

Bela was born on February 29th 2008, leap day, and was beautifully pink. I was in love, but so scared. She was whisked away and given medication to keep her alive. That night she started to have periods where she would stop breathing so a breathing tube was placed in her throat. I wanted to be by her side every second, I didn't know how many I would get. I was in awe that she was surviving, even if it was just a few hours or days. Her first big hurdle to jump was her first open heart surgery, the hybrid procedure. She was the 3rd baby to ever receive that procedure at St. Joe's, and the first to survive it. She came through with flying colors. Her body got stronger, she fought hard. We took her home two weeks later, another miracle. We had two crazy but beautiful weeks with her at home, then she came down with a horrible infection in her inscision. She was taken back into the OR and opened up to clean out all the infection. After a month, she came back home. Three weeks later, she developed double pneumonia and upon assessing her after she was admitted to the hospital, it was determined that she was in full heart failure. It was another miracle that she was still alive. It took Bela another month to pull through and get better. Then we had one month to get as much weight on her until her next surgery. All we did was feed her, all day long. She reached her goal weight of 11 pounds the day before her surgery. On Aug. 27th she underwent the Norwood and Glen procedures together. We were told that it would be a tough surgery and would be a very difficult recovery. 8 very long hours later, she finally came back to us. She was puffy and blue and did not look like my baby. I felt so weak. During the critical recovery time she had severe hypertention and clamped down several times and had to be bagged to get her heart and breathing going again. It was the scariest week of my life. I felt like I couldn't shut my eyes or something could happen. She slowly made improvements and was finally able to come home a month later, when she was 7 months old. She was on a month long weaning schedule to get her off Ativan and morphine, and it was a very tough time going through withdrawals. By about 9 months she was finally starting to live her life. She continued to struggle with eating so we were still using the NG tube. It was also at about 9 months that she decided she didn't want that tube in her nose. From 9 months to 12 months we reinserted her NG tube several times and day and by the end of those 4 months I was ready to check myself into a mental institution. I'm not sure what was more difficult, inserting the NG tube on a daily basis, or going through open heart surgery. It was that bad for us. It was finally determined that she was NOT going to eat, so I drove her to a GI surgeon and with giant tears, literally begged her to put in a G-tube NOW, that I could not put the NG tube back in one more time. She set up the surgery for the next morning and we said GOODBYE to those darn NG tubes after 12 longs months. Her eating has greatly improved, she loves to snack on most anything, but still depends on her g-tube (mickey button) for most of her nutrition.
We are grateful beyond explanation for the last 2 wonderfully challenging years that our miracle has been with us.